Genazzano FCJ College has added a new rowing boat to its fleet which now comprises 27 boats.

There is a strong tradition at the College for new boats to have names closely linked to Genazzano, including the foundress of the Society of Faithful Companions of Jesus (FCJ)—Marie Madeleine d’Houët, as well as past students, milestones and buildings.

This latest addition is named after the Frawley Family in recognition of their ongoing contribution to the College; and was formally blessed by Father Brendan and presented to the family by College Principal, Mrs Loretta Wholley.

Kevin and Cathy Frawley’s three daughters, Kate, Anna and Alice attended Genazzano and participated in a number of activities, most notably the snowsport and rowing programs, with Alice returning this year as a rowing coach. All four Frawley children were coxswains. Kate coxed in 2013, Anna coxed the Third VIII in 2017 and 2018, Alice coxed the First VIII in 2020; and Tom, their son, coxed at Xavier.

Kevin joined the College Council in 2009 and took on the role of Chair in 2016. He has served on the Finance, Infrastructure and Sustainability and Governance committees, devoting many hours of service to the College.

Cathy, also a Gen girl (1980) joined the rowing committee in 2011 when Kate joined the program and remained on the committee whenever her daughters were involved. She has been an integral member of the organising committee that took on hosting the Rowing State Championships and has also served as Vice President and then President of the Rowing Parents’ Committee.

Additionally, both Kevin and Cathy have been active members of the Genazzano Fathers’ Association and Genazzano Mothers’ Association, including high level involvement in the College’s signature event, GenWelcomes which welcomes new families to the College each year. Cathy has also been involved in Ball committees and countless morning teas. Her enthusiasm for Genazzano is legendary and anyone who has attended a rowing regatta would have heard Cathy’s loud cheering from across the river.

At many Genazzano functions, the Frawley’s would be amongst the first to arrive the last to leave, generously donating their time to assist with setting up. They are the ‘quiet achievers’, never seeking praise or recognition for their hard work but always available to lend a hand.

Combining endurance and precision, the Genazzano rowing program is extremely popular, not only for the social aspect of the sport but also because it helps students develop important life skills such as resilience, courage, determination and teamwork.

Genazzano’s rowing offering starts from Year 8 with the ‘Gen Go Row’ program. Held in Term Three, this introductory program helps students learn to row. Rowers then progress into the Junior Daniher Squad in Term Four and Term One the following year.

In Year 9, girls row in the Intermediate Canty squad and the Year 10 and 11 girls row for two years in the Senior Radford Squad. A season runs from Terms Three to One, with girls completing four full seasons if they continue through to Year 12.

The squads—Daniher, Canty and Radford are named after three of the five girls from the 2008 State and National Championship winning quad, with the remaining two girls, Harriet Chesterfield and Catherine Sharkey honoured for their contribution by two of the 2020 season’s boats.

“We are delighted to acknowledge Kevin, Cathy and their family with our new College rowing boat”.

“It is a symbol of their loyalty and dedication to Genazzano which fully embodies the FCJ charism and values of the College”.

“We are thrilled they will continue to be part of Genazzano (on the water) for many years to come and thank them for generously serving our community”.

Genazzano FCJ College is a Catholic Day and Boarding School in Kew offering a co-educational Early Learning Centre and all-girls’ environment from Prep to Year 12. It offers students a rounded education that prepares them to become resilient, adaptable and confident women. 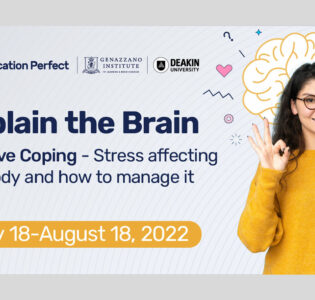 The Genazzano Institute launches its new podcast series – She Knows It