Genazzano was founded in 1889 by the Catholic Order of Sisters, the Faithful Companions of Jesus (FCJ). Inspired by the spirit of St Ignatius (founder of the Jesuits), the inspirational foundress of the Sisters FCJ was the Venerable Marie Madeleine d’Houët, born in Châteauroux, France in 1781.

Genazzano FCJ College is situated on the same site at the top of Cotham Road hill in Kew that was originally secured as an all-girls’ boarding school by the twelve founding Sisters who had set sail from England in 1882, to help meet the growing need for Catholic Education in Australia. Together with William Wardell, an eminent colonial architect, they oversaw the construction of the stunning Wardell Building in 1889, and in April 1891 the Sisters and their pupils took possession of their new College.

Although many changes have taken place in the intervening years, the Wardell Building, as it stands at the heart of Genazzano FCJ College today, is still largely intact and is a breathtaking example of late Victorian Gothic architecture. Over the years it has been much loved and cared for; maintained, repaired and adapted for a modern world but with its past still shining bright – it has acquired a patina of age and we can all admire its endurance and beauty.

In 1948, the Victorian manor, Grange Hill, was purchased to provide a dedicated primary campus, and is the site of our ELC and Junior School.

Subsequent construction and refurbishment programs at the College have seen the addition of first class facilities including new classrooms, modern sporting and swimming centre, information and resource centre, and a new centre for Music and the Performing Arts. The College grounds also comprise of more than seven hectares of beautiful and pristine gardens. 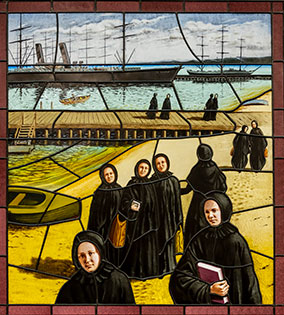 An FCJ college’s identity is expressed in a distinctive way inspired by the Gospel and true to Marie Madeleine’s founding ideal. 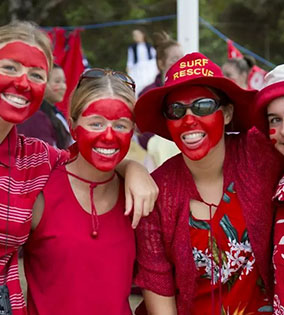 The Genazzano House System fosters a spirit of loyalty and collaboration…

Was this page helpful?